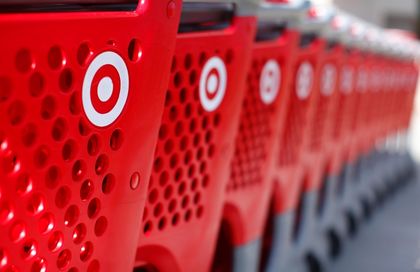 It was an ordinary day and Audrey Mark was doing her usual shopping at Target when she chanced upon a quiet customer assistance that speaks so much about what customer service is all about. 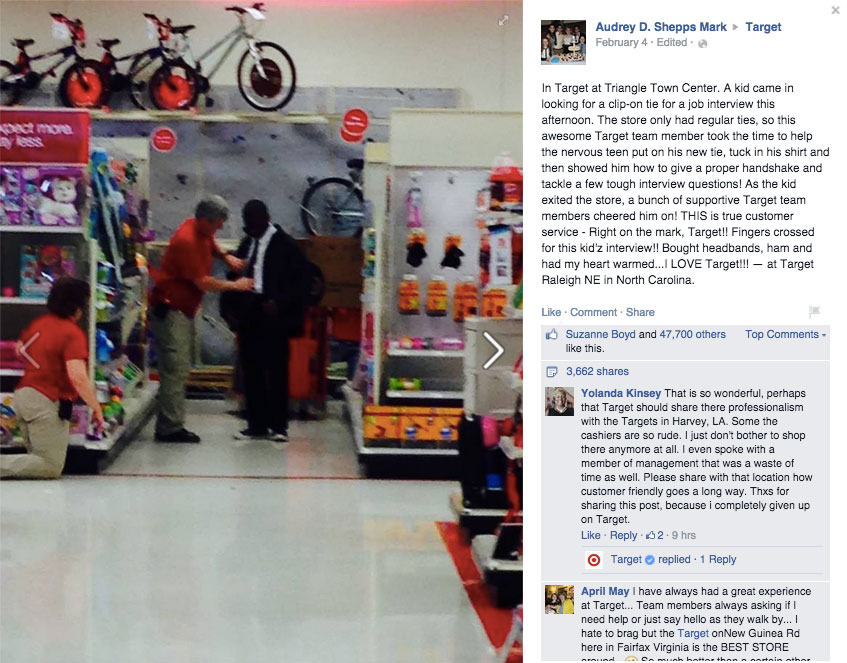 She snapped a photo of a young man being assisted by these Target employees how to fix a necktie for his first job interview at Chick-Fil-A. A simple tie shopping became, what probably must be, the first inspiring customer service story of 2015.
Here’s the video of the news feature:

Lesson #1: If you don’t have it, give the next best thing.

When they young man asked if they had clip-on ties, Cathy Scott, a Target team member, said they didn’t have any. What she did was give him a real necktie. We’d also like to note how she proactively approached the customer and asked what he needed instead of letting him search the aisles on his own.

Lesson #2: If you don’t know how, refer to someone who does.

Scott gave him the necktie and asked her co-worker, Dennis Roberts if he knew how to tie it and took the customer to him. Roberts then helped him fix the tie on the young man and prepped him for his job interview.

Lesson #3: Don’t concentrate on the selling, but focus on helping.

Scott and Roberts could have left it at that—giving him a regular tie and assisted him in putting it in place. But instead, they went above-and-beyond the call of duty. Roberts gave the young man useful tips on how to nail his first job interview like a proper handshake, making eye contact and how to respond smartly to the questions, like he would his own son.

The customer, now much more prepared to go to his job interview, paid for that tie and walked out with confidence. But not without much cheering from the Target employees. Mark narrates that when the young man was leaving the store, all the employees were shouting “Bye! Good luck! Tell us how it went!” that left her teary and emotional. Target team member Dennis Roberts explains “We were just here to help a young man get a job and forward his future.”

Lesson #5: Seal a great customer service with a follow up.

See how these Target employees consider their customers more than just a customer. They showed concern how the job interview went for this young man that they headed to Chick-Fil-A to ask the manager themselves.

Lesson #6 (and we just have to add this): Remember to ask your customer’s name.

The Target employees were not able to identify to the manager who exactly the applicant they were inquiring about was, because they weren’t able to get his name. But we forgive them since this overlooked detail was surpassed by the extra mile they extended in assisting the customer.
This inspiring customer service story ended on a lovely note. Yasir Moore, that young man who needed a clip-on tie, returned to Target with his mother and personally thanked the people who gave him more than what he needed. Their genuine concern for him and the advices they gave boosted his confidence that made him pass the first round of interview. What his mother, Najirah Parrish, said could very well be quoted, “They could have just sold my son a tie. But they took the time, helped him tie a tie and talked to him. They treated my son with dignity, respect.” (Read the story here.)
And that last statement is what all customer service providers should be reminded of everyday.