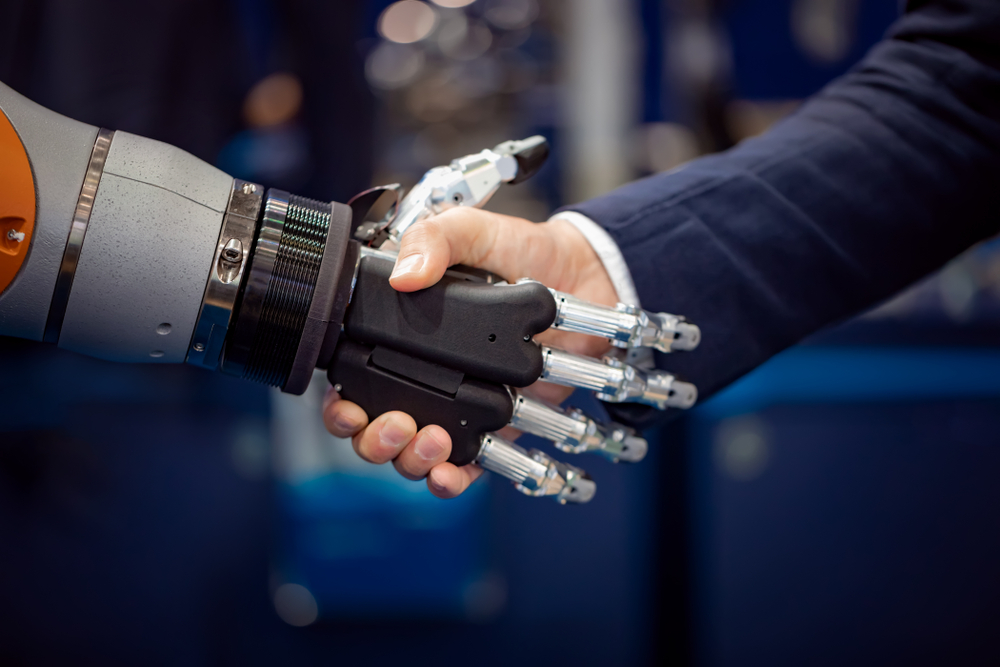 Artificial intelligence has come a long way since the early days when it first appeared as a storytelling device in works of fiction. This gave rise to the popularity of thought-capable artificial beings, inspiring innovators to make this unique concept possible. Now, it seems that a synthetic intelligent machine network bent to end the world isn’t far-fetched thanks to the wonders of technology.

Having antagonistic cybernetic organisms running amok is a future we’re not too keen on having, so thankfully AI is being used in more constructive ways such as its applications in business. It can be used for the automation of frontline processes, boost operational efficiency, and handle tough data management issues.

Overall, AI helps eliminate human error and automates processes to make them quicker and more efficient to execute continuously without breaks. The potential benefits are astounding, but it seems that we still have a long way to go in terms of having AI take on more complex tasks. Despite the long road ahead, we’re making headway through advancements in AI technology.

With all the wonderful benefits AI could potentially bring to the table, it raises a couple of questions: Is it overhyped? Is it also possible to have automation working seamlessly with humans in business processes, particularly customer service? That’s what we aim to find out.

AI may be massively beneficial to businesses across many industries, if not all, but it certainly poses a threat to the human workforce. As a business owner, saving on costly operational expenses is always favorable to an organization. With AI-powered robotics process automation (RPA) paving the way for cost-efficient customer service, you would want to make the big switch. However, this would mean that you may have to get rid of a percentage of your workers in the process.

Further reading: How Robotic Process Automation is Transforming the Workplace

In a survey done by Deloitte, 53% of respondents have already started automating tasks formerly done by humans. This is expected to increase by 72% by next year, proving that businesses are all for RPA. According to another study done by investment bank UBS, the AI industry is set to be worth a whopping US$180 billion in 2020. Even former Google exec and ‘AI Superpowers’ author Kai-Fu Lee predicts AI will replace 40% of jobs in 15 years.

These numbers seem to prove that AI is on its way to take over profit-driven companies who want to keep abreast of the competition. Still, many believe that it will create more jobs than it terminates. And if there are indeed job losses, perhaps it won’t be as disastrous as expected. The consensus is, some automation would help workers by increasing productivity and opening them to focus on more creative tasks instead of routine ones.

There is a great dichotomy presented by automation: on one hand, business owners are all for RPA for the purpose of saving money and boosting profit. On the other, they’re likely going to be facing a backlash from workers. Perhaps this may be the reason why some keep their automation plans on the down-low. However, some companies like Foxconn and JD.com make no attempts to hide it.

To have the best of both worlds, a common strategy involves the ‘reskilling’ of workers whose jobs have been eliminated by automation. For example, in an effort to keep its personnel, Accenture claimed that the company trained 17,000 employees to work in a different department when it automated back-office processing jobs. Amazon CEO Jeff Bezos sent a letter to shareholders saying the company trained 16,000 warehouse workers in high-demand fields. Perhaps the key is striking the right balance.

The Importance of Human-Centered Customer Service

Automation in customer service may have cut processing time, but with the absence of a real human providing the service, it lacks the emotions needed to connect to customers. They can resent having to deal with an AI-driven machine since empathy is an essential part of exemplary customer service. In fact, a Harvard Business Review study found that emotionally connecting with customers reduced attrition and improved advocacy.

A poorly designed workflow can also hurt your automation system, particularly if it makes them go around in circles instead of addressing the concern immediately. This happens when your chatbots aren’t able to understand a customer’s issue. So, if call routing leads to repetitive conversations, an automated system is more trouble than it’s worth.

Ultimately, this will have a negative effect when your customers identify your customer service with your brand. A poorly configured automated system or a lack of human presence—or both—will leave them frustrated and taken advantage of, eventually causing them to disengage with your brand altogether.

Keep in mind that dissatisfied customers are louder than contented ones, making them more visible to your potential customers. This will result in bad publicity that’s eventually going to sink your brand’s reputation.

Further reading: How to Successfully Implement an AI Strategy in Customer Experience

Wrapping Up: Can Your Business Get the Best of Both Worlds?

Yes, AI-powered automation and human-centered customer service can and should co-exist.

There’s no question that AI-powered automation in customer service is ideal in providing a level of responsiveness that isn’t humanly possible. Indeed, AI is a game-changer in enhancing customer experience through its ability to deliver relevancy and individualism while it increases marketing accuracy. With the right analytics, it can even understand your customer’s needs before they even realize them.

A correctly configured AI can run an RPA show with customers not realizing they’re communicating with a machine. While this kind of set up can deliver quick and precise service, it still has its limits. This is where the human touch comes in.

Businesses can make RPA and humans work seamlessly by having a pre-programmed robot complete a designated task. If it reaches a point where it can no longer address a customer’s concern due to its limited capacity, a human worker can step in to provide more complex resolutions.

Basically, RPA will be left to handle the most basic queries before handing the task over to human agents to complete the request. It’s a win-win situation for both the business and its human workers.