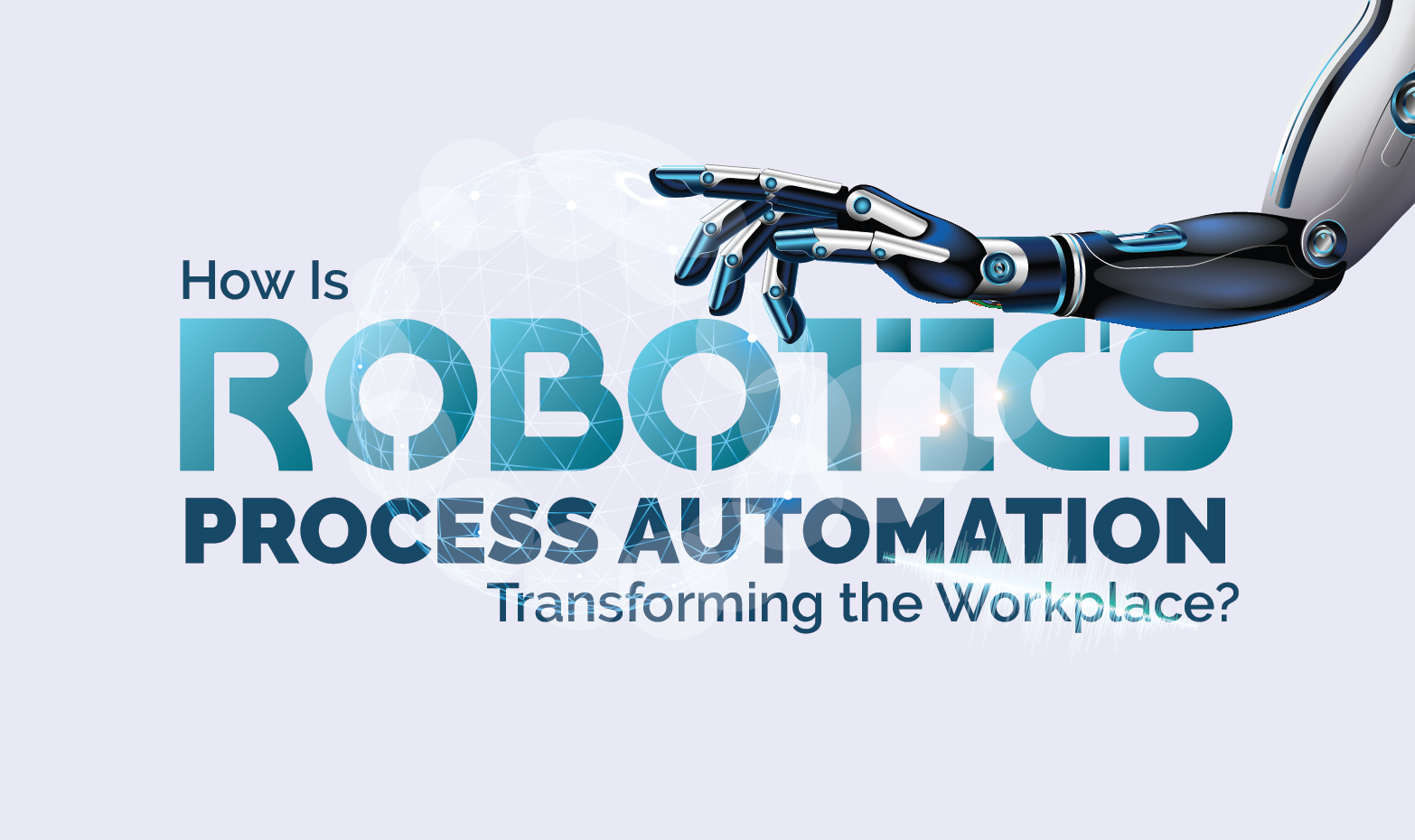 Technology has been transforming the workplace landscape over the years with a piece of innovation being added to make the process better. The industrial revolution had business owners build factories with a production line to speed up the manufacturing process. The telephone became an indispensable business tool for faster communication and the computer changed the way we store and process data. The most recent game-changer is the Internet, which opened the doors for countless possibilities.

As much as the internet has helped with workplace progress by leaps and bounds, there’s a new player in town to disrupt the current status quo. We have now reached a time when it was once perceived as the future—a future where robots are doing certain jobs humans once held. This may be regarded as a threat, but it’s the next logical step up the ladder of technological progress.

This time, we have a computer program or ‘machine’ that’s tasked to take on repetitive jobs, leaving humans to handle more complex problems to maximize their potential. Enter robotic process automation.

The Rise of Robotics Process Automation

RPA was the brainchild of two process automation experts, Alastair Bathgate and David Moss, when they set out to develop technology that aims to improve efficiency and effectiveness of organizations. They created a digital workforce that follows rule-based business processes and interacts with the organization’s systems in the same way existing users do.

Essentially, RPA is left to handle high-volume and repeatable tasks such as handling customer queries, calculations, maintenance of records, and transactions. It mimics a human worker by logging into applications, entering data, completing tasks, and logging out.

Large companies have realized the more attractive benefits of RPA, so they’re starting to pivot from traditional methods to software-run labour so they can gain high volume output and through the automation of highly transactional manual processes. This is particularly helpful in highly regulated industries, where the speed, accuracy, and analytics of RPA will decrease compliance costs and mitigate risks. In addition, RPA makes it easier to comply with industry and audit regulations.

Outsourcing has opened the floodgates of opportunity as it grew to global proportions. When businesses saw that locally sourced labour was a lot more expensive than what they could find elsewhere, outsourcing eventually progressed to offshoring. It became about hiring the more cost-effective people to streamline business processes with the help of technology. However, with robotic process automation slowly entering the picture, this has become a more attractive option.

Outsourcing has come a long way to becoming one of the most popular options for organizations that want to have a competitive edge. It has gone through many changes over time, eventually leading to finding the right talent that can accomplish more complex tasks, which completely changed the way businesses operate.

Organizations have benefited greatly from outsourcing, with productivity getting a nice overall boost. Your business will have more control over operational costs while giving you access to state-of-the-art technologies. It also helps improve both internal and external business operations, and at the same time allowing your staffing to be more flexible. But now, outsourcing has gone beyond your standard manpower.

Robotics process automation also seeks to improve business productivity but in a different manner. Instead of outsourcing all tasks to a third-party service provider, what it does is it picks tasks that can be automated—those that are repetitive, rule-based, and incorporate structure digital data—and assign those to a bot that performs them according to the program.

It’s clear robotic process automation has many advantages, setting it apart from traditional outsourcing in the sense that it makes people more of an option instead of a priority in providing services through the execution of a business process. Sooner or later, companies will realize how the integration of RPA could prove to be invaluable in running the whole show.

This makes perfect sense if it would cut costs, making it a more inexpensive option than outsourcing people. Not only could it affect the finances of a company, but also the amount of work it’s set to accomplish.

To give you a better idea of how it works, here’s an infographic of RPA applications in three industries: customer, IT infrastructure support, and business and finance.

RPA is a useful tool that can be used to automate many of the common tasks in the customer service industry such as incident management, billing queries, user administration, and updating of records. Leaving all these tasks to automation delivers many benefits, speeding up the process while addressing these concerns more accurately.

What typically happens is a service agent handles a call and at the same time navigates through various applications to address a concern. This interaction increases the likelihood to commit errors. But through RPA, the tasks can be run flawlessly and consistently 24/7 and have automation resolve problems on its own within its set parameters. It can link different systems and apps into one single console, build a unified knowledge base that’s able to deliver relevant data in real time, and automatically set up and run processes to free up human agents of manual and repetitive tasks, allowing them to focus on customer-centric skills.

Companies will be able to maximize their IT resources through a virtual workforce. They can do this either by human assisted-automation or by full automation to take over existing user actions and have them free themselves of labour-intensive tasks for more intellectually demanding activities.

By focusing on jobs that can’t be automated such as subjective decision-making, innovation, and customer-facing activities, your IT team will be far more efficiently employed while leaving them feeling more professionally engaged.

There are a host of jobs in the business and finance industry that are deemed automatable. According to a 2017 McKinsey report on automation, 43% of these jobs can be automated since data entry and processing are both important parts of these businesses:

RPA is still relatively young, but experts believe it will be a more reliable business tool in the future. In fact, a mere 3% of organizations have managed to scale RPA to a level of 50 or more robots. But with the benefits you can get from the technology, it’s hard to argue that RPA can propel your business into the future.

If you have a hint of hesitation in exploring this option since it’s new tech, it’s prudent to consult with industry experts. Transcosmos can provide your RPA needs through its robotic process outsourcing services. Grow your business with those who specialize in this new tech field.