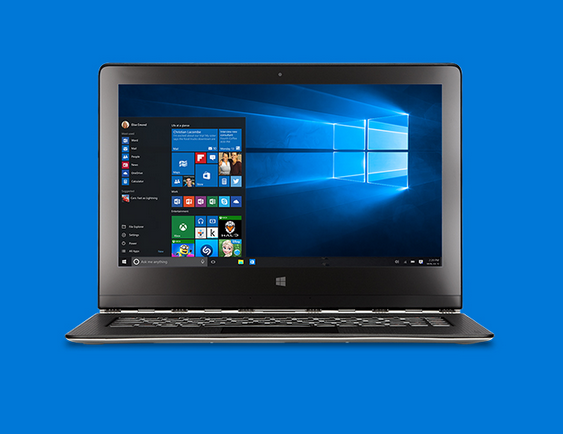 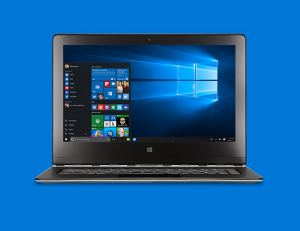 Arguably Microsoft’s biggest and most important release to date, Windows 10 carries a promising bundle of new features and functionality—mainly to make up for the number of complaints its predecessor, Windows 8,  obtained. There were so many grumbles about the latter operating system that PC manufacturers—HP included, started re-selling computers that carried Windows 7 briefly after the release of Windows 8.
A little over three years later, Microsoft is bent on atoning for its misses in Windows 8, determined to change the game with a new business model, new release strategy, new controls over updates—basically everything.
Given the prime headline about Windows 10 that it’s free, going for an upgrade should be an easy decision, right?
Here at transcosmos, we made it a point to weigh in on the pros and cons, yays and nays of a Windows 10 upgrade.  As glittery as Microsoft paints its latest offering, there are reasons to be impressed by it and at the same be left with reservations. In the end, it all boils down to one’s personal needs and concerns.

The full-screen Start screen of Windows 8 goes back to a Start Menu in Windows 10—combining the best of both options. The Start Menu, in scrolling form, will be restricted to a single column with jump lists and fly-out menus for extra options, divided into frequently used and recently installed programs.
One can choose to switch to a scrolling view of all his/her applications, sorted alphabetically. Half of the Start Menu will appear like it did in Windows 7 with the addition of Live Tiles.

A Windows 10 feature we will not tire of hearing is that it’s free. Microsoft made a big decision to offer the OS upgrade free of charge to current users of Windows 7 and 8.1 since July 17, but its lifecycle support page now states users Mainstream Support (adding new features) will continue until October 13, 2020 and Extended Support (security updates) will last until October 14, 2025.
This is great news, of course, as these time spans fall within previously paid editions of Windows and what Microsoft has planned for “Windows as a Service” in the future. Users can sit on Windows 10 until the end of Extended Support in 2025 without any worries.
The catch, ladies and gentlemen, is that you can only upgrade to Windows 10 free if you do so within its 12 months of release. Upgrade outside this period will amount to paying the standard retail costs: $119.99 for Windows 10 Home and $199.99 for Windows 10 Pro.

3. A Single OS to Rule Them All

Windows 10 is the single operating system working across all Microsoft desktops, laptops, tablets, and phones, which is greatly advantageous. For instance, the Continuum—Microsoft’s version of Apple’s Handoff, lets you pick up from exactly where you left off on one device and carry on with another. Continuum likewise takes it a notch higher as a Windows 10 designed app can run on any device, making phone apps and PC apps the same thing.

A headline feature of Windows 10 is virtual assistant Cortana, rivaling Siri and Google Now. Cortana handles core commands like opening a browser, creating a new email, and setting reminders and calendar appointments.
Like all voice assistants, Cortana is yet flawless but a welcome addition to Windows 10. We can’t wait for her to improve.

A prototype of Linux’s virtual desktops—popularized by OS X, also Spaces for Apple— Windows 10 now allows users to create multiple virtual desktops. This is, of course, great for multi-tasking as this could mean one for work, one for leisure, one for holiday planning, and what else you have in mind.

Microsoft’s sweet new features are inclusive of an Xbox app that can control the Xbox One and a DVR capture for any Windows games. A user-gamer will likely be able to play multiplayer games cross-platform between Xbox One and a PC. Furthermore, streaming games from the Xbox Box and the latest version of DirectX 12 will be supported by Windows 10.

The demands of Windows 10 are not that greater:

To put it simply, any computer free for upgrade will happily run Windows 10. That’s a byproduct of Windows 10 needing to be able to run on such a wide range of devices.

Also called Project Spartan, the Edge Browser is Microsoft’s new web browser set to replace Internet Explorer. It features a reading mode and the ability to annotate with a keyboard, pen, or through a user’s finger.
To catch up with Chrome and Firefox, Microsoft went back to basics—getting rid of years of code that don’t suit the web standards. Edge promises a faster browser.
Here come the downsides. In this portion of the article, we list down the terrible disadvantages—mostly great features of Windows 7 and Windows 8 features that Microsoft’s latest operating system left behind. Indeed these features will be missed.

Windows 10 Home users will have no control when updates are installed (except the Pro and Enterprise edition users of the OS). Windows updates will right away be downloaded and installed as soon as made available.
Such is a Microsoft classic that makes sense for the entire community of users to be spared from security flaws. That goes without saying that end users will mostly likely be averse to forced updates at Microsoft’s command.

A Windows 10 upgrade will automatically dispatch Windows Media Center to be replaced by a series of native media-playing capabilities and apps that don’t require a different “Center.” This is unlikely to be headache, we know, but we have heard from people testing the beta build that in the current iteration of Windows 10 there is no support for TV tuners, for instance. This also translates to the culling of the native DVD playback, desktop gadgets, USB also floppy drive support.
As transcosmos Head of IT Support, here’s my verdict: while the core operating system is excellent, fast, possesses great security—even sans the dreadfully slow heavy file transfers—there are small glitches that could still be improved.
I am hopeful, however, as Microsoft promises a huge update come October 10. And I trust that since 48 hours since its July 29 launch, numerous updates have already been made.