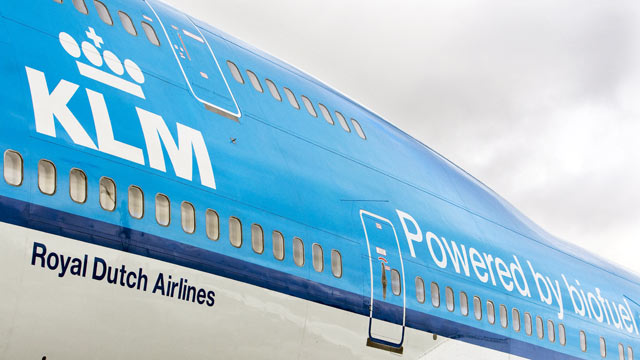 In this day and age, having good online presence is crucial in promoting your business. That is why many companies are now hiring social media experts as part of their marketing strategies.
However, being virtually present in social media platforms is not the end-all of your online marketing. If you think that trending has given your company good marketing, then think again.
That was what the Royal Dutch Airlines (goes by the initials KLM) thought when their tweet about Netherlands’ World Cup victory over Mexico went viral last Sunday. They wanted to have social media engagement by tweeting about the World Cup by posting this photo. 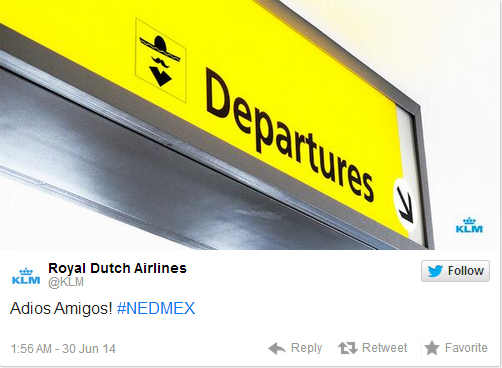 But the little joke they thought was funny actually backfired and caused outrage among Mexicans and non-Mexicans alike.  A-list Mexican actor Gael Garcia Bernal also expressed how offended he was with the airlines by tweeting out “I’m never flying your sh***y airline again, f*** you big time.” to his 2 million plus followers.
If you must have social media engagement, take note of these lessons from this controversial blunder by KLM:

Lesson #1: Be engaged but not offensive.

It is so easy to join the trend and say your piece, but if you say it without considering whom you might offend will definitely meet disapproval that may cause serious damage to your brand. Companies can be engaged to maintain their social media relevance but you must take into account that millions of people  tuned in have different cultures, gender orientations, and social statuses. So be careful with what you post.

Lesson #2: Be funny but not discriminating.

Using humor can either make or break your “voice” in the social media platforms you are reaching out to. It is true that jokes must be delivered in proper timing and with the right execution to be funny. But when it ridicules and insults another, then your little funny quip is not humorous at all. Your company may more likely to be seen as bully than funny.
But in instances you have erred and want to rectify your wrong, then:

It would be painless to remove what you have just posted. But if it already has caused quite a stir, your “escape” will not fix it, especially if your company caters to an international market.
After receiving furious reactions from World Cup fans, KLM took down the twitter picture a half hour later without immediately giving an apology or explanation. When you have committed a social media mistake, have the integrity to own up to it and make it right. Followers are more forgiving than you think when they see sincerity in your post.
Later that Sunday, the director general of KLM in North America, Marnix Fruitema, issued a formal apology: “In the best of sportsmanship, we offer our heartfelt apologies to those who have been offended by the comment.”

You need to do damage control or else this may create an indelible, bad reputation for your company. And it must also be done quickly or your market competition just might take advantage of the moment. Like what Mexican national carrier AeroMexico did: 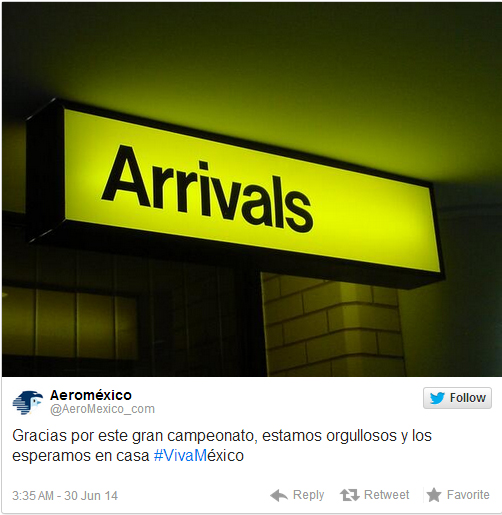 “Thank you for this great championship, you’ve made us proud and we’re waiting for you at home.”

Yes, it is good marketing strategy that your presence in the world wide web is recognized but it is equally important that this presence be accompanied by a reputable image.
Aside from the official statement, KLM published a post with the title Learning by doing it wrong in their official blog. A part of it says “We never meant to hurt anyone’s feeling or worse, insult anyone. We were “caught by the football bug”, as said by Gael Garcia Bernal. Yes, Social Media is learning – in this case, by making mistakes!”  We can’t agree more with that.
We hope that these lessons will help you avoid the same mistake that KLM did that we may all live happily ever after in the social media realm.