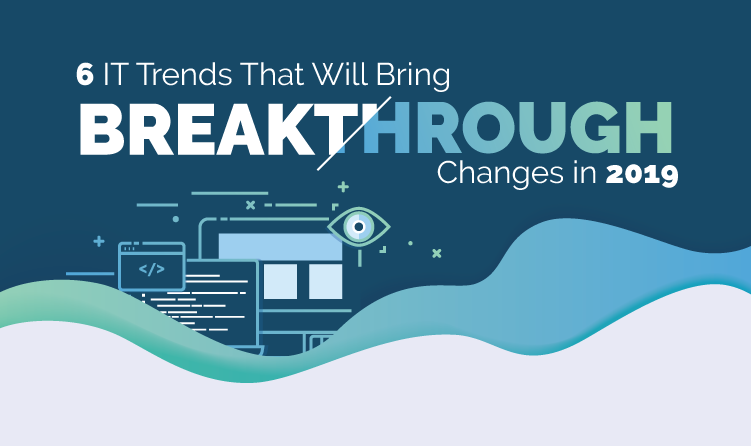 We have been going through rapid technological advancements since the beginning of the last decade that resulted in massive changes in the economic, political, and societal landscapes around the world. Technology has indeed established itself as one of the largest spectrums of human activity, giving credence to the potentially limitless power of the human mind.

Each tech innovation or upgrade brings us closer to a possible utopian future where we save the planet and maybe thrive in another. These are ideal goals that we are all hoping could happen. At the rate that we’re going, we may be set to achieve them among other amazing technological upgrades and breakthroughs.

Moore’s Law dictates that advancements in technology make huge progress around every couple of years. This theory is based on the observation of Intel co-founder Gordon Moore that the number of transistors in a densely integrated circuit doubles during that time, while the costs are halved.

Moore’s prediction has been accurate since its inception. As you would notice, advances in digital electronics have a lot to do with Moore’s Law: memory capacity, sensors, quality-adjusted microprocessor costs, and even the size of pixels in digital cameras. These rapid changes have made considerable contributions to economic growth across the globe, and Moore’s Law has helped describe the driving force behind our progress.

We have come a long way in our quest to become a technologically advanced civilisation. Over the past decade, we’ve made progress on artificial intelligence, cloud computing, and the internet of things by leaps and bounds. In the coming year, we are expecting the emergence of tech trends that may shake the IT outsourcing industry.

Blockchain has been in the spotlight mainly due to the popularity of cryptocurrency. And since the technology has been found to have potential uses across different industries, blockchain is being integrated into various applications.

With all the amazing features blockchain offers, mainly its resistance to the modification of data, it has opened doors for better security in terms of executing transactions. While the technology hasn’t been widely applied just yet, 2019 is the year when we’re expecting it to be utilised in a number of business transactions, including, but not limited to:

A smart contract is a computer program that has direct control over the transfer of digital currencies or assets between concerned parties under certain conditions. It not only defines the rules and penalties under the agreement like a traditional contract does, but it can also enforce those obligations automatically.

The potential of smart contracts can go beyond the simple transfer of assets. They can be used to execute transactions across different fields that include legal processes, insurance premiums, and crowdfunding agreements. Smart contracts have the potential to remove the intermediaries in the legal and financial fields through automation.

Blockchain has introduced mobile voting during the May 2018 West Virginia elections using a safe and tested interface that eliminates voter fraud while boosting turnout. This makes it more convenient for citizens in another country to vote regardless of time and distance.

The technology is also a beneficial tool in maintaining transparency in the electoral process, lessen the cost of conducting an election, streamline the counting of votes, and make sure all votes are counted.

Distribution ledger technology utilises computers to record, share, and synchronise transactions in appropriate ledgers as opposed to keeping data centralised like in a traditional ledger. Blockchain then organises the data into blocks which are chained together in ‘add only’ mode. This will help the transparency in the securities exchange industry.

Artificial intelligence is evolving at breakneck speeds. Machine learning allows AI devices to become smarter by having them duke it out against each other in a given arena. One AI attempts to outsmart the other with both trying to produce algorithms that help one AI be on top. This concept is called general adversarial networks, and could put us a step closer to realising the goals of SkyNet from the Terminator films.

2019 will also be the year when AI assistants will be developed to be powerful tools beyond smart speakers. They are set to be integrated into cars, too.

As our technology progresses, threats to our security are also becoming more malicious. Cybercriminals are continuously coming up with more ways to hack into systems and steal sensitive data. They have shifted their attention to ransomware, where they threaten to publish their victims’ data or block access to it unless a ransom is paid. This makes it all the more important to provide better security for all your devices.

When it comes to safeguarding data, the General Data Protection Regulation, which was implemented in May of 2018, applies to all organisations regardless of location. It offers a robust framework that protects data, which includes amplified responsibilities and obligations for organisations. Failure to comply with this change involves fines that can reach €20 million or 4% of an organisation’s annual turnover, whichever is higher.

One of the most disturbing of all is the rise of national-level cyber attacks, where criminals go beyond financial gain and are motivated by political agendas. They can obtain intelligence and data to defeat the objectives of any political figure through a sophisticated, targeted, and well-funded attack. This will convince governments to be more protective of their internal networks by isolating their internet connection and conducting extensive security checks on all their staff members.

3D printing technology has been around for quite some time now, but current printers have only been able to print objects made of plastic and basic materials. But now, 3D printing is set to break new ground by introducing 3D metal printing in 2019.

Big-name brands such as Hewlett-Packard, General Electric, and Nike are already on board in revolutionising 3D metal printing technology. HP is planning to launch its first 3D metal printer, the Jet Fusion model, which it hopes to make a difference in the manufacturing sector. Both GE and Nike have also been printing metal fuel nozzles for jet engines and metal cleats respectively.

VR / AR devices are starting to take off, particularly in the mobile market, with the popularity of games like Pokemon Go. Apple even secured its AR market leadership when it revealed their ARKit 2.0, with advances that placed mobile AR in the same category (if not above) as headset-based AR devices such as the Google Glass. Apart from predictable tracking, measuring and rendering upgrades, ARKit now has 3D object detection, which is a big leap for the practical use of the program in mobile technology.

These advances have placed an air of uncertainty in the headset variety, despite having a lot of them show much potential. There is no established leader in the niche that even tech giant Microsoft has issues with its HoloLens, involving the convenience of use and its price tag.

Despite this hiccup, the upgrades in the development of VR / AR technology have been fantastic. There are improved gesture recognition and more natural controls, making the product more convenient for its user. You can look at an object, and it will be instantly detected, which is much like in real life where the need to turn your head is no longer essential. There are also other prototypes that have been developed which features gesture-triggered animation of the virtual objects a user is looking at.

The simplicity provided by cloud technology is a huge factor in driving the SaaS (software as a service), PaaS (platform as a service), and IaaS (infrastructure as a service) sectors to get an increasing demand. The cloud infrastructure is expected to become the default web server environment for both local and international companies, turning it into a game changer for their business processes.

Open source developers are close to creating tools that can run platforms in the cloud, so expect to see a large number of apps and projects adding more to the total cloud revenues.

When IBM introduced the first quantum computer a couple of years ago, all the tech giants such as Google, Intel, and Microsoft have been finding ways to run much-needed industry improvements smoothly. This includes seamless data encryption, improvised AI predictions in solving complex medical problems, and weather predictions, which quantum computing is needed to achieve.

The changes happening in the technology sector is clearly running at a pace where futuristic science fiction is now turning into reality. And with Moore’s Law telling us technology is going to exponentially advance in the coming years, it won’t be surprising that we will achieve more innovations set to change the way we do business and live our lives. There are definitely a lot of things to look forward to in 2019.